Chloé has been a curvy girl all her life, and in this society it was hard for her to accept it. She struggled with body image and developed an eating disorder at an early age. This is why it is so important for her to spread good messages to the world and she thinks ethical modeling can help to do that. She became vegan four years ago and she became more ethical with my lifestyle and finally aligned her views to her habits and it almost became something spiritual. Today, She deeply believes in the respect of humans and all species in the world. “I strongly believe in the power of representation and influence. It is important to have a good influence and by affirming myself to the world and be confident about my curves and my whole self, unintentionally I am showing to other girls that you don’t have to fit into strict beauty standards to be happy and confident.” She wants to help little girls around the world to build a healthy relationship with their bodies as it is one of the most important things to her. 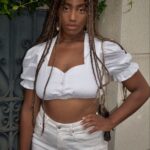 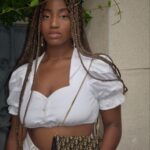 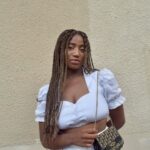 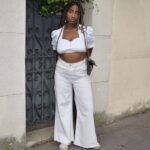